I am a multi-talented communicator and will be able to bring creative and actionable content for your company or organization to share with customers and strengthen your connection to them. Scroll down to see some of my most successful blog entries, white papers, and social media posts. 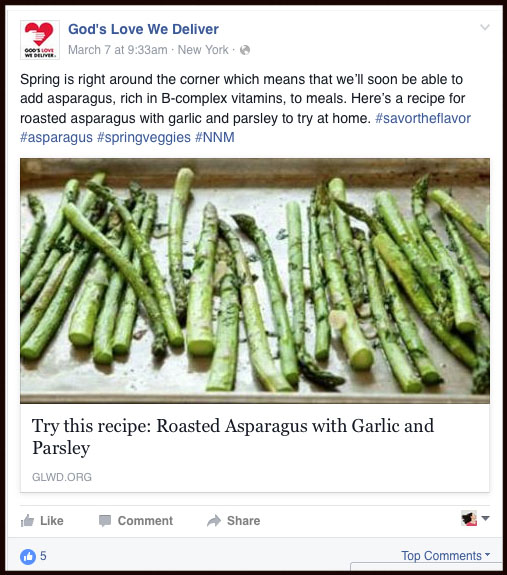 I contribute to social media content for The Great Frame Up of Birkdale Village on Facebook and increased their post interactivity by 80 percent over a five-month period.

Designing for Social Change: for the Raleigh AIGA chapter // March 30, 2017
I am currently a writing and photography contributor to the blog of the Raleigh chapter of the American Institute of Graphic Artists. This post was a recap of a workshop where attendees were encouraged to express their ideas about current social and political issues in the form of street art that was then posted in public. To read the original post and see photos of the creations go to: http://raleigh.aiga.org/recap-march-workshop-designing-for-social-change/

I Learned to Make Fresh Pasta in Italy: for the Etsy New York Team // May 30, 2016
I provided an account of my experience at a pasta-making class during a vacation to Italy which I had booked through BonAppetour.com. The company noticed increased traffic as a result of my article and even reached out to thank me. You may see the original post here: http://bit.ly/1PSL4Rj.

DIY Charging Station: for the Raleigh AIGA chapter // March 22, 2017
An idea to create a simple charging station for my own needs became a Do-It-Yourself craft/home project post for the AIGA blog. I have even included options to personalize or help it match the decor of your home. http://raleigh.aiga.org/how-to-diy-charging-station/

Member Q&A: for the Raleigh AIGA chapter // May 10, 2017
A typical lifestyle challenge for creatives is being employed at a day job while pursuing additional creative work in their spare time. I interviewed Lydia Kuekes about finding success as a UX Designer while also developing a following for her illustration work.
http://raleigh.aiga.org/member-qa-lydia-keukes-ux-designer-illustrator/

Food and Fun Near Brooklyn Collective: for Nancydraws.com  // July 21, 2015
Brooklyn Collective, an independent retailer in the Cobble Hill neighborhood, offered a space in their expertly-curated store to sell my wares. I created this activity guide for the neighborhood to entice my fans and their customers to visit the shop and other local businesses. To see the original post, go to https://nancydraws.com/2015/07/.

RIDGEWOOD, NEW YORK— The Ridgewood Market, an artisan market in Queens, New York, is celebrating its second anniversary with a Saturday evening event on April 11, 2015 from 5 to 11 p.m. at Gottscheer Hall, 657 Fairview Avenue.

This “Night Bazaar” celebration of the neighborhood’s popular craft event features nearly 50 independent vendors from Queens and the greater New York City area. Purses, hand-knitted accessories, semi-precious stone jewelry, local honey, body products, original artwork, vintage clothing, and homemade cupcakes will be among the offerings. While shoppers peruse the makers’ wares, they may listen to the onsite DJ hired for the evening, and take advantage of Gottscheer Hall’s Bar and Grill German-themed specialties.

Sarah Feldman, the pink-haired and charismatic organizer of Ridgewood Market since April of 2013, introduced the event to showcase neighborhood artists and vintage collectors. “This market was started because we felt Ridgewood was overlooked. Long Island City, Astoria, and other parts of Queens were always in the news. Why not Ridgewood? There are so many artists and designers here!” Her enterprising idea found its home in Gottscheer Hall, a restaurant and event space that was struggling to remain open at the time. Ms. Feldman’s monthly event, typically on Sunday afternoons, restored interest and brought new customers to this formerly members-only club for the Gottschee, a close-knit group of German-American immigrants.

Ridgewood residents are appreciative of Ms. Feldman’s contribution to the community. “You never know what you’re going to get, in a good way,” says one frequent attendee. “This neighborhood is a blend of blue-collar families, young hipsters, and everyone in between. When I visit the market I enjoy it not only for the experience of discovering creative local vendors, but also to seeing these groups interacting with one another and sharing the same space.”